In this post, I will describe all the remote photoshooting techniques that I used in April and May 2020 during the pandemic. Some of them are no longer relevant, but they are still quite elegant solutions that use only the standard OS tools. The methods are arranged in the order of complexity of implementation increase and the image quality improvement.

To get the sense of a real shooting, use the rear camera of your smartphone and ask to turn away the computer screen so that the models do not see their own image and it does not confuse them — then they will respond better to the instructions given by the photographer.

1. Screenshots of the video call

The first and easiest way is to make a video call in any app (Facetime, Zoom, Skype) and take screenshots. I saw some photographers shoot their screen with a camera (sometimes even a large-format one) (see, for example, here), but I am too modest to do it myself. Make sure you use the rear camera of the smartphone, so that the process for a model differs from regular selfie taking.

1a. Live photo in Facetime

It is pretty similar to taking a screenshot – the Facetime app has a take live photo button – it takes a screenshot and saves a photo and a short video.

The method is also simple, but it appeared when the app was released in late April / early May, so this list will mention the methods that preceded its release. CLOS gives you an access to the camera release button on the iPhone of the person you are connected to via video link. Only the button and a slight auto-exposure selection point control – you can’t review the captured photos on the fly. Still, this is such a huge step up in the quality that it is weird that one app of a kind appeared and  only for iOS 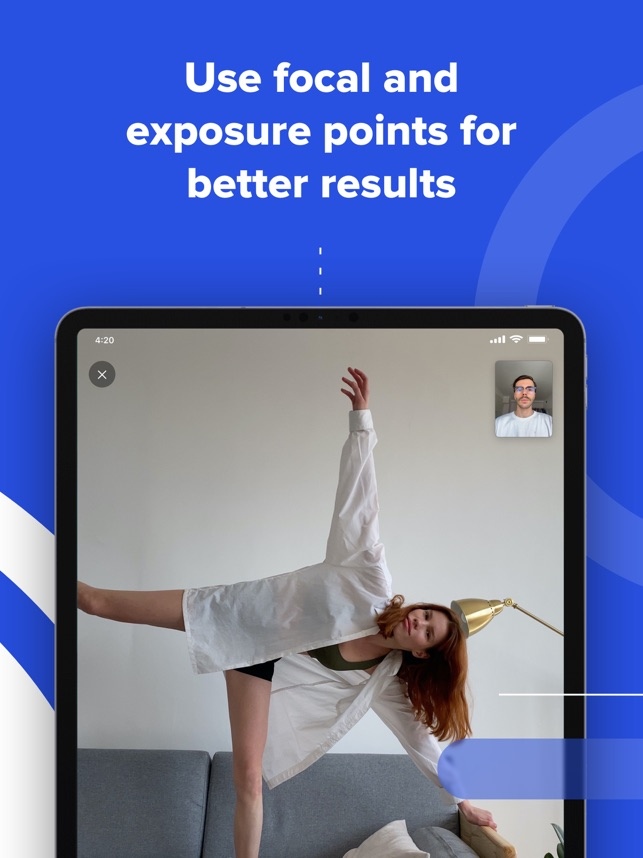 Figure 1. Screenshot of the CLOS app

For Android smartphones, there is an app called Vysor, which is designed to control a device with a broken screen. The app is launched on a PC/Mac, the smartphone is connected via cable, and its screen becomes available on the computer, both for viewing and for managing. If you connect to model’s computer via anyRemote Desktop control app, you can operate their smartphone, and therefore its camera. The quality is the same as if the photos were taken on this smartphone (that is, sometimes not worse than on the iPhone). 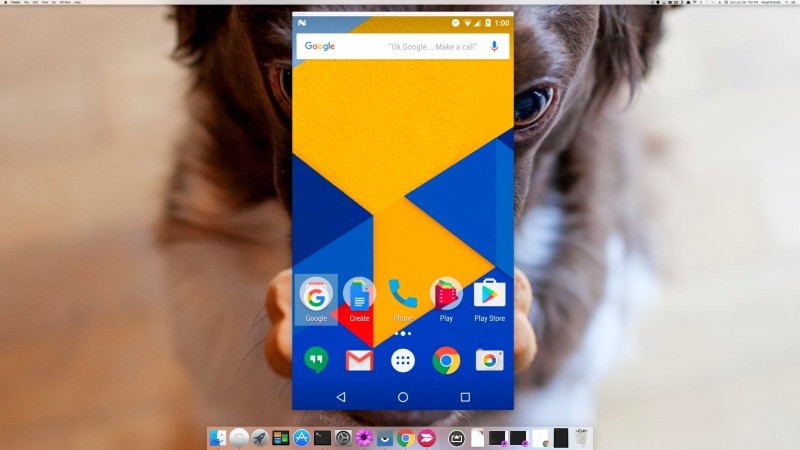 It turns out that even not all photographers know that most cameras can be controlled remotely from a computer. In normal life, this mode (tethered shooting) is used when a big team are responsible for creating a photo, for example, when shooting fashion, or when using a long shutter speed (product and still-lifes) — the camera screen is displayed on the computer and the shutter button and some camera controls are also available .

The ease of use and installation of the program depends on the manufacturer. I managed to shoot with Canon (the most frequent-and the easiest option), Nikon (everything is a little more complicated), Sony (also everything is simple) and Fuji (an unfriendly company, but there is a solution).

To control cameras of different brands, you can download these free programs:

Canon has software even for Linux, works even with quite ancient cameras (I shot with 5DmII and 450D), allows you to set all camera settings, except for the shooting mode itself, even the focus can be set manually. Thank you, comrades from Canon. Perfect job. Love you. (never owned Canon though).

Nikon somehow did not work out its own software, well, but there are an opensource solutions. Allows you to change the main settings, but only works in auto focus mode, no lens .

Sony is almost like Canon, but there is no focus control.

Fuji: no separate and free app, only a plugin for Lightroom for $80 =(  This is quite funny, but Fuji sells a plug-in for a paid program for money to people who purchased their camera.

But Capture One Pro (not a free software, £20 per month or £299 per version) allows you to control all the above (and maybe more) cameras, including Fuji.

Then, as in the method described above, photographer connects to the model’s computer via any Remote Desktop management  application and controls the camera, directing the model with his voice. The feeling of moving something on the other side of the Earth is indescribable. The quality of photos is the same as if they are taken in person. Don’t forget to turn the screen away from the model, or dim its brightness, so that the model won’t see themselves. 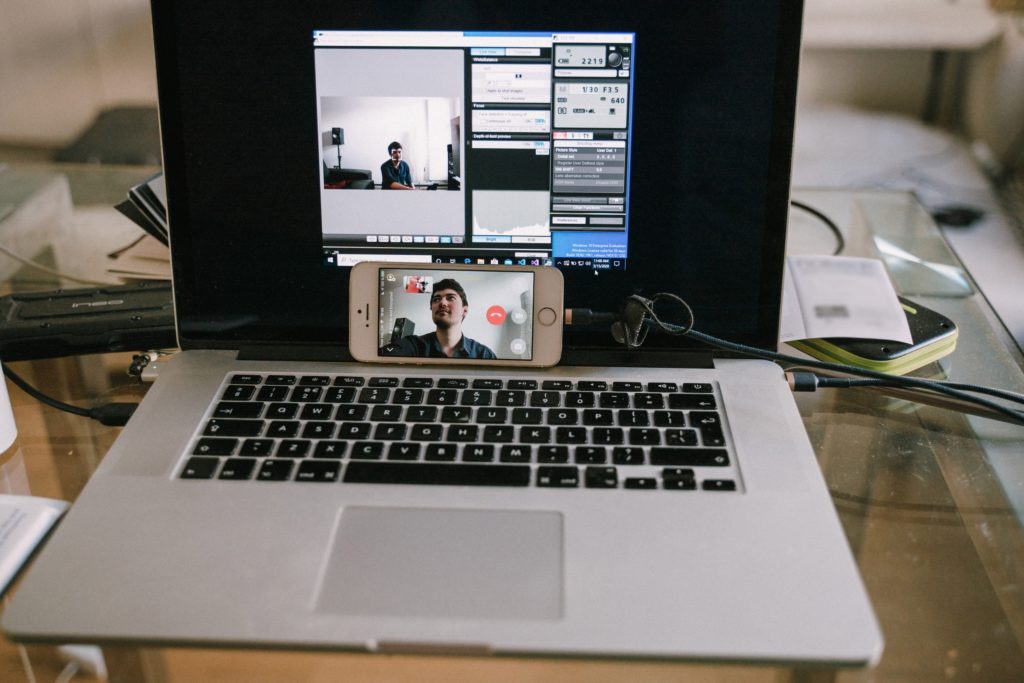 I hope this description is detailed enough to help those who want to shoot where they can’t get to right now. Within my project, I have conducted more than 70 shootings in more than 50 cities in 34 countries in all five ways described here.

Share this guide, take more pictures, take picture where you are not yet and where you can’t go right now.

This method is no longer relevant, but since it was very fun and interesting to discover it, and — moreover — it uses standard OSX tools, I will tell you about it anyway. Access to the computer, as in previous cases, can be obtained through remote desktop access programs.

If iPhone is connected with a cable to a Mac computer, Quick Time can be used to view the iPhone screen. To do this, click on New Movie Recording and then select iPhone in the list of devices. Its screen will appear in the quicktime window.

Fig 4. How to view the iPhone screen on Mac desktop with Quicktime

OK, viewing of the iPhone screen is configured. The screen is visible, but not controllable. The next step is control. To drive the iPhone from a Mac, they must be registered with the same Apple ID. Go to System Preferences — Accessibility — there we find the item Switch Control and tick Enable Switch Control. A window opens where you pick Devices and select iPhone in the devices list.

Fig 5. Driving an iPhone from a MacBook – connection.

After connecting, a blue frame will appear on the iPhone screen, which you can control. The set of commands is quite limited. I recommend disabling AutoScanning immediately and adding commands to go to the next element, stop and restart. To open the camera, you must first enter the space bar on the screen where it is located, then rewind to the camera app icon and launch it with a space bar. In the camera app, to take a frame, you need to rewind the blue frame to the shutter button and press it with a space bar. After the frame is taken, the frame is again in its original position, and to make a frame, you need to move it to the button again.

Photo 7. Managing iPhone with a MacBook — row selection with the camera app.

With a little practice, you can use this elegant way for taking photos with someone else’s (or yours) iPhone.

Moreover, as it turned out later, there exist applications that allow you to use a MacBook keyboard to type in an iPhone, even to press camera shutter button. But, after the lauch of CLOS, all these elegant solutions become obsolete, but, for the integrity of the story, I will list the advantages and disadvantages of this method.